We are reading these books:

We are reading these books:

Other exciting texts suitable for Year 3. 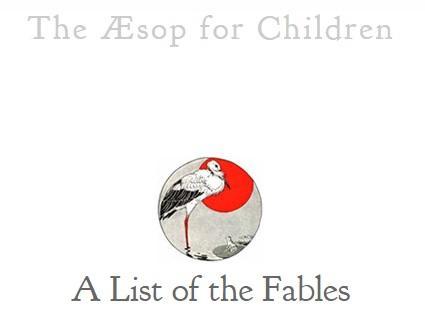 Egyptian Cinderella
Many moons ago in the land of Egypt, there lived a young maiden called Rhodopis. She was born in Greece but was kidnapped by pirates, as a child, and sold as a slave. Although her owner was a kind old man, he spent most of his time sleeping under a tree. Due to this, he didn’t notice how the other servant girls taunted Rhodopis. Cruelly, they teased her because she looked different to them.
They had straight black hair while hers was a mass of golden girls. Most had brown eyes but hers were as green as emeralds. Because they were lazy, they made her do all the work. “Go to the river and wash the clothes!” they demanded. “Make the dinner!” they cried.

Poor Rhodopis was miserable and alone.

However, Rhodopis had one joy in life; she loved to dance. One evening, as she was dancing barefoot in the sand, the old man woke from his nap. Quietly, he watched and thought that she deserved a new pair of dancing shoes. Without wasting time, he ordered for a pair of poppy-red shoes with shimmering gold stitching to be made. Although she was thrilled, the other servant girls were jealous of
their master’s gift to Rhodopis.

Word arrived that the Pharaoh was having a ball in Cairo and all the kingdom were invited. Rhodopis, desparately wanted to go to dance, sing and eat delicious food.
However, the other girls left for the party without her. With tears in her eyes, she began the task of washing the dirty laundry in the river. Suddenly, a crocodile appeared and splashed her. Her beautiful new shoes were wet so she took them off to dry in the hot  sunshine. Without warning, a falcon swooped down, snatched one of her slippers in its talons and flew away. It was the god Horus.

Meanwhile, far away in Cairo, Pharoah Amosis sat on his throne at the ball feeling bored. Suddenly, Horus swooped down and dropped the slipper in his lap. Straight away, he realised it was a sign the god had sent. He had to find the owner of the slipper.

Amosis searched high and low for the maiden he was to marry. Early one morning, he sailed down the Nile and arrived at the village where Rhodopis lived. The servant girls, who had abandoned her, couldn’t squeeze it onto their large feet. The pharaoh, spotted Rhodopis hiding in the rushes and asked her to try on the slipper. Slowly, she slid her delicate foot inside. It fitted. Amosis had found his queen.

The Egyptian Cinderella by Shirley Climo

One of our Summer Term books.

Writing our own comprehension questions.

Here are some of the comprehension questions we came up with about Katie May Green’s story entitled ‘Seen and Not Heard’. We used the question stems listed right at the bottom of this webpage. Aren’t we clever? 🙂 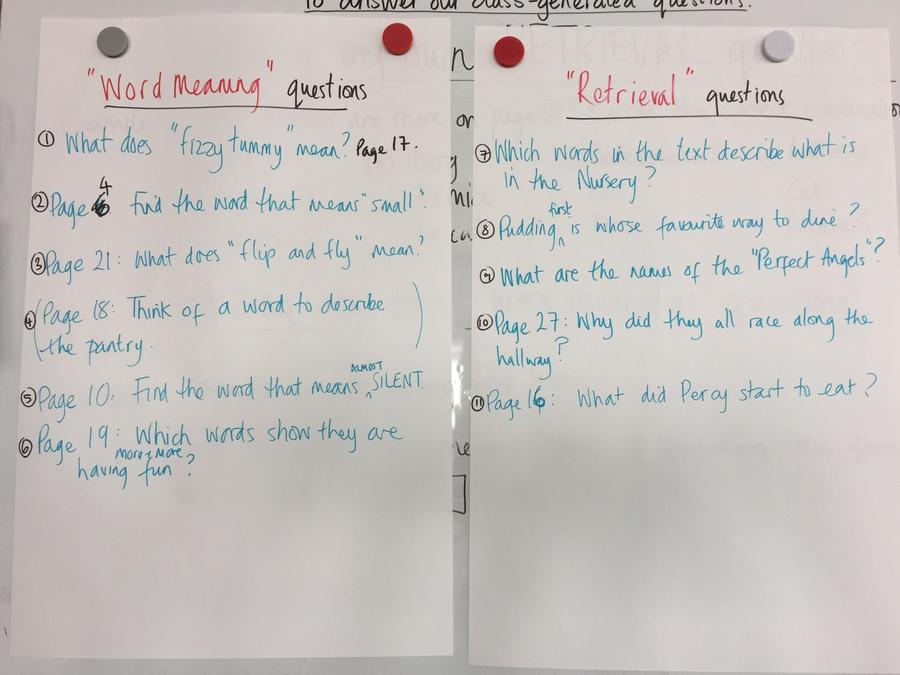 Review Of Our Class Reading.
We looked at some of the connections between all of the books we have been reading together in class this year. It’s amazing how they all link up. Can you think of any more connections? 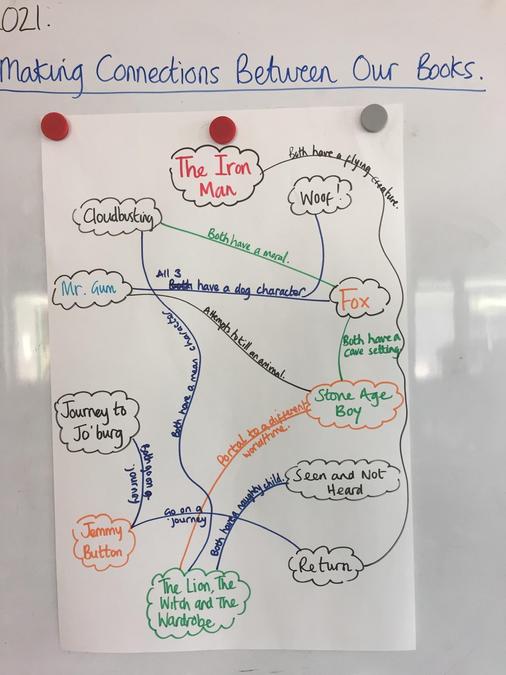 These are the sorts of questions we ask you in the Reading Skills lessons.

Can you make your own questions up for the book you are reading at home?

What do the words mean?

What does word/phrase mean?

Using information from the text, decide if the following statements are true or false?

What happens first in the story?

How do you think someone is feeling/felt at a point in the story?   Why did he feel that way?

Why did something happen?

Why did someone do something?

Why did someone think something?

Using info from the text, tick one box in each row to show whether each statement is a fact or an opinion

How do you think this story will develop?

How is the text presented?

How does the title encourage you to read on?

In what ways do the illustrations support the text?

What does the word x tell you about y?

Which text is better and why? Describe different character’s reactions to the same event

Why has information been organised differently in different parts of the text?

What is similar/different about two characters?

Unfortunately not the ones with chocolate chips.

Some cookies are necessary in order to make this website function correctly. These are set by default and whilst you can block or delete them by changing your browser settings, some functionality such as being able to log in to the website will not work if you do this. The necessary cookies set on this website are as follows:

Cookies that are not necessary to make the website work, but which enable additional functionality, can also be set. By default these cookies are disabled, but you can choose to enable them below: